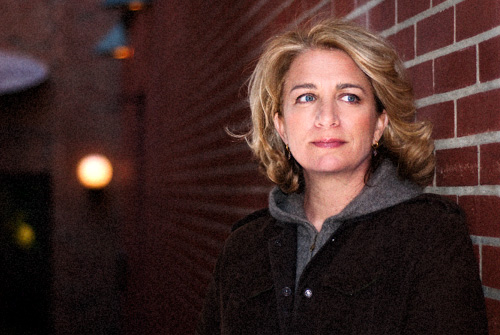 I was on an extensive book tour and someone said, “You know this book should be in the psychology section and not necessarily the cookbook section.” I was taken aback, and I thought ‘oh, I think that’s a compliment,’ because in many ways it is about expressing this basic message for me, which is basically: cook for the people you love; teach them to cook for themselves, and they will pass it on. That’s the message of the book.

DL: What’s interesting is that part of that psychology comment is that there are gender issues here. [LSQ: There are.] You say men eat differently than women [LSQ: I do say that.] and boys too.

– Lucinda Scala Quinn speaking with David Leite of Leite’s Culinaria in a podcast about her IACP-nominated cookbook, Mad Hungry: Feeding Men and Boys. A great interview that covered a lot of ground (with highlights similarly discussed in my interview with Scala Quinn below), but this statement is special because that someone mentioned above was me. This clip appears around 5:50. (Hooray for surprise mentions and for also making an impression!)

In a society where time is money and nutrition can be juiced and bottled, we’re being told that dining in is the new dining out. But how is that possible when family-style meals are more common than the family meal, and a sense of community is what we feel when neighbours collectively complain about an unreliable transit system (or the shame felt by the attention drawn by a certain ex-mayor)?

Lucinda Scala Quinn is an ambassador of the movement of bringing the family back to the dinner table. In her book, Mad Hungry, she explains her philosophy and provides simple, sensible solutions which acknowledge the appeal of modern day conveniences.

The quintessential powerhouse superwoman, Scala Quinn is the Executive Food Director for Martha Stewart Omnimedia, a television and radio show host, chef, and cookbook author. But she is also a wife and mother to three grown boys.

I met Scala Quinn in the lobby of the old Four Seasons in Toronto back in March of 2010, where the down to earth native Ontarian shared the strategy she used – without sacrificing time, sanity or flavour – in feeding her band of ravenous men.

These were some of the highlight I took away from our conversation.

First and foremost, one has to decide that this lifestyle change is of personal importance.

“I decided that cooking food and getting people to the table was important for health, wellness, physical, psychological, and spiritual reasons. Like if you decide to be a marathon runner one day. You don’t wake up and start to run a marathon; you have to practice every day.  Some days you don’t want to, but you do.  Unfortunately there are too many instances where people don’t feel they are up to the task, and in the book I say: start with one meal.”

Mad Hungry provides guidance to those looking to resurrect the family meal; it also gives those in a rut with their repertoire and invigorating kick start. Scala Quinn dispels the myth that healthful homemade meals are a dubious task, feeding readers easy to follow recipes and practical tips like planning ahead, recruiting willing in-house collaborators in the process (I love how she said “collaborators” vs. unwilling helpers), and breaking up meal preparation into blocks spread over days instead of doing it in one laborious shot.

Although she’s not a fan of pre-made food, she does give food producers credit for prioritizing ingredient sources, and knowing where they come from, even giving Loblaws’ President’s Choice brand her seal of approval: “I’m quite impressed,” she tells me.

We talk about the potentially calamitous situation we’re in with our food supply, in addition to Scala Quinn’s concern about the ominous state of childhood obesity, diabetes epidemic, and studies showing people – including Canadians – who are turning from wholesome foods to factory processed items that are full of sugars, salt and fat. But far from being a granola-crunching preacher, she suggests that we just have to stay conscious of what we eat, beginning at the family table.

“This is ground zero,” she says, “at your table, at your home. That’s where you can make a difference.”

Scala Quinn notes that vegetable eaters are made, not born, and champions farmers markets as a fertile breeding ground for people, including children, to nurture their relationship with food. She recognizes that organic foods may not be an option for everyone, but suggests that the family cook make the most educated decision about their food supply; those of us who can afford to make choices surrounding values of wellness should also do so by voting with their purchases at the cash register.  She believes that this demand will ultimately drive the prices down.

During our conversation, she reminisces about the vibrant atmosphere of the “smelly market” from her childhood in Windsor, and beams with pride about the Vancouver Olympic Games, fondly noting: “that there’s a real awareness and pride in the beauty of Canada. People are conscious of the produce that are grown and raised here. I’ve had some amazing wines from the Niagara region, cheeses and poultry from Quebec,… and an elaborate meal at Canoe the last time I was in Toronto that had all these foods that I didn’t know were available in the country.”

Scala Quinn’s praise for Toronto includes its diverse cuisines; she has a soft spot for Asian food (reflected in over a dozen recipes in the book).

“I live in [NYC] and it’s multi-ethnic – it’s one of the great things about living in the city and why we raised our family there – to be exposed to all kinds of people.  I’ve learnt so much.  I’m sure that it’s no different here than in NYC and in some ways more expressed.”

While many have been driven back to the family table for economic reasons, Scala Quinn is quick to point out that beyond the financial incentive, that those who got there liked it.

“This book is about cooking for the people you love, including yourself.  Teach them to cook for themselves and they will pass it on.”

All it takes is the commitment to change. It’s mad simple.

Renée Suen is a food loving freelance writer and photographer based in Toronto. Her insatiable appetite, curiosity and camera are often found travelling around the world in search of memorable tastes and the stories behind the plate. In another life, she is a PhD candidate in Cardiovascular Sciences.
View all posts by Renée Suen »
« Ho Ho BBQ’s Jackie Wong
Homaro Cantu »